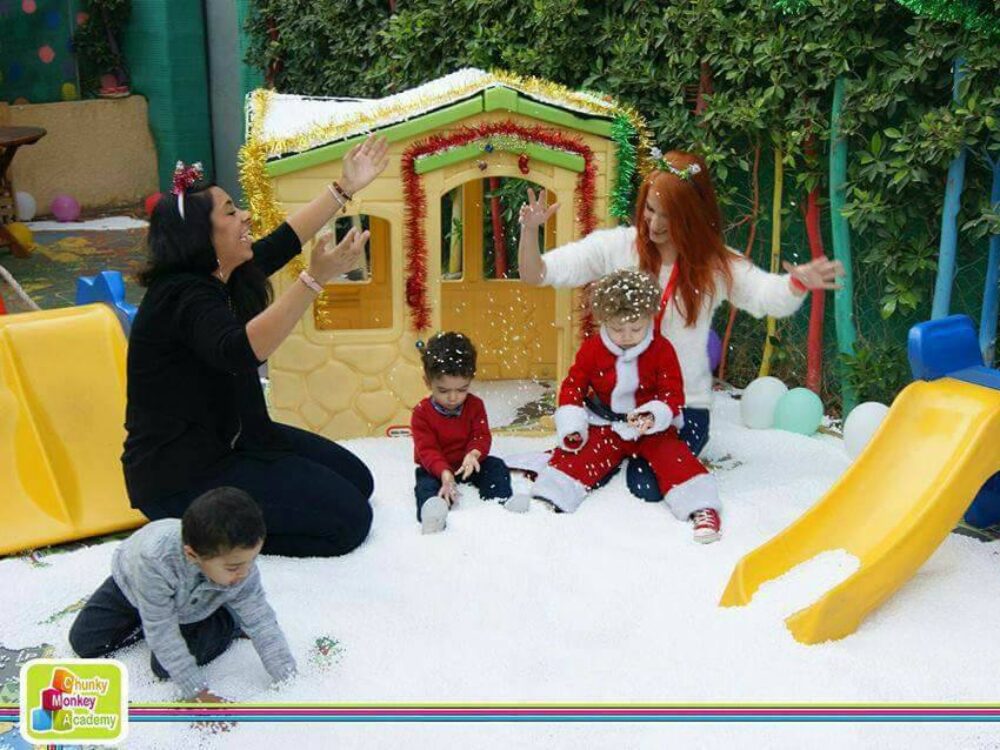 Curriculum for 3 year-olds should emphasize language, activity and movement, with major emphasis on large muscle activities. Appropriate activities include dramatic play, working with wheel toys, climbers, puzzles and blocks, and opportunities to talk and listen to simple stories.
Four year-olds enjoy a greater variety of experiences and more small motor skills like cooking, doing art, using manipulative and scissors. They are more able to concentrate and remember as well as recognize objects by shape, color or size. Four year-olds are developing basic math concepts and problem solving skills.
Some of the four year-olds and most five year-olds combine ideas into more complex relations i.e., number concepts such as one to one correspondence. Most five’s display a growing interest in the functional aspects of written language, such as recognizing meaningful words and trying to write their own names. Activities designed solely to teach the alphabet, phonics and penmanship are much less appropriate for this age group than providing a print rich environment that stimulates the development of language and literacy skills in meaningful context.
Curriculum for four’s and five’s can expand beyond the child’s immediate experiences of self, home and family to include special events and trips. Five year-olds are developing interest in community and the world outside their own. They also use motor skills well, even daringly, and show increasing ability to pay attention for longer times and in large groups, if the topic is meaningful for them.
Six year olds have a greater sense of the world around them. Their gross and fine motor development increases greatly. Physical coordination improves, and this along with increased cognitive development allows kindergarten-aged children to understand outside games and their rules. Fine motor skills are also increasing during this stage which help with writing and drawing skills. A child’s reasoning and logic skills are increasing along with short-term memory. Moral development is another area that increases in kindergarten-aged children. They are more able to understand “right” and “wrong” and they become more concerned with the feelings of others.